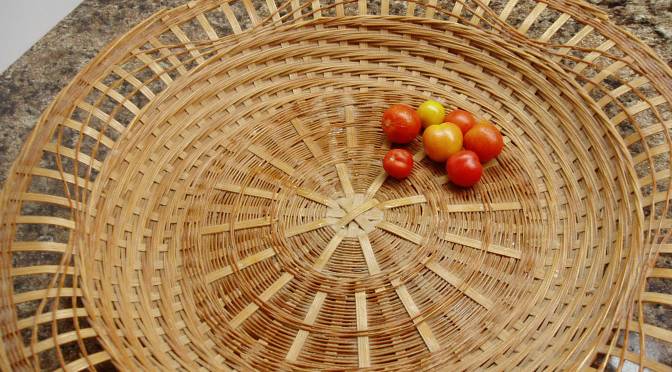 Two months ago, at the end of October, we harvested the last of the tomatoes  before  tidying up the bed  for the season.

I found a big fistful of orangey-red tomatoes.  They made good snacks, although weren’t as tasty as the sun-warmed-super-red tomatoes we enjoyed in September.

But what impressed me was how many green tomatoes survived on those naked vines through October. (Unfortunately, they taste gross. )

The fruit sat on our counter for a few days as I searched out the recipe… and wouldn’t you know a few more tomatoes turned red!
I ate them    🙂

Soon there weren’t enough green tomatoes to make the recipe…. so I continued with the experiment…

By the end of November & I’d had treats all month.  It’s a wonder what those full spectrum fluorescent lights do!

I’d decided to hold out to see if the last couple turn color.  Can you believe – – They did!!  Granted, they were puny & a bit wrinkled – – but they turned red.
🙂

Well, I did eat a couple in mid December, but the last few went on top of the compost pile.

Maybe they’ll volunteer!
Maybe they’ll grow into even more productive  tomatoes in the spring.!!
Who knows?
🙂 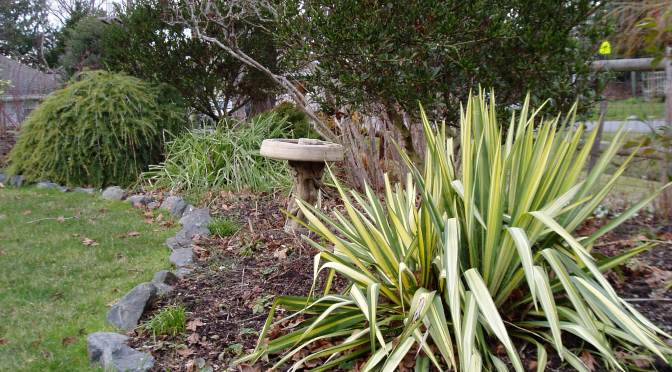 By December the garden is wrapping up  for a little bit of a rest.  It’s almost as though it’s giving me permission to step away & make extra time for the holiday festivities… and  then maybe a little nap myself.